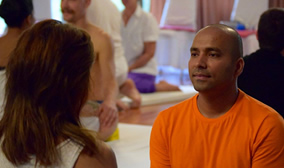 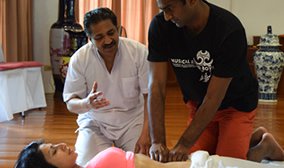 Mal Weeraratne has just released his first book Emotional Detox through Bodywork which was released in May 2016. The book talks about his expertise as a Bodywork healer for almost two decades, his techniques and perspective on emotional healing.

With the rise of researches on emotions and physical health Mal’s work is revolutionary as it has been able to bring about healing to over 3000 women. Despite its unconventional methodology that is often criticized there is ample information and data to validate and solidify the healing model created by Mal Weeraratne.

Mal’s work has gained quite a momentum that it has expanded it’s teaching to Thailand in unison with the Tao Grandmaster Mantak Chia. Mal takes Tantric Journey on an annual Emotional Detox retreat to Tao Gardens in Chiang Mai.

Mal Weeraratne is a born Buddhist from the island of Sri Lanka and having had a Buddhist upbringing enjoys the Tao Garden environment to practice his sensitive and soul soothing workshop. He believes nature plays a vital role in healing and greenery is quite capable of absorbing the negative energy that a client is trying to release.

Emotional Detox through Bodywork is Mal Weeraratne hard work and years of study for the sole intention of healing the lives of people who are in dire need of healing. 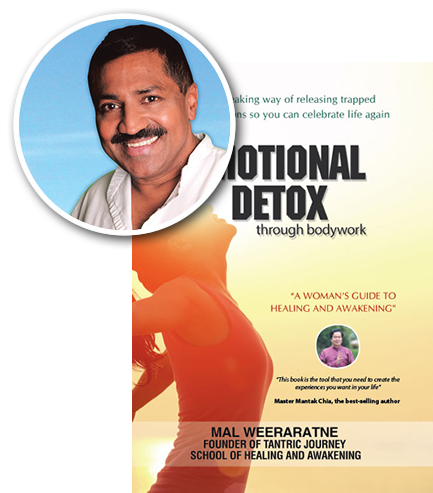 Mal Weeraratne has encountered a lot of negativity in his path to healing as the treatment model is often referred to as ‘unconventional’ as the knowledge of emotional healing is still growing. Through the years all physical ailments has always been traced back to a lack in physical or biological malfunction that the idea of emotional dysfunction causing physical discomfort is a brand new concept in healing. But the reality of healing portrays the fact the mind is a major factor in healing; if the mind that controls the emotions is calibrated to a healing frequency the body heals automatically.

Having encompassed abundant knowledge on the reality of healing Mal Weeraratne studied in depth about emotions, the body’s energy systems and ancient techniques that mastered emotional healing.

Despite the negativity having seen the realm of happiness his clients enter after his treatment, Mal decided to start his school of Healing and Awakening called Tantric Journey to make the public more aware of emotional healing and to teach his techniques to others who wish to heal.