Visit the Souq whilst Travelling

What is a Souk and Where Did it Originate? 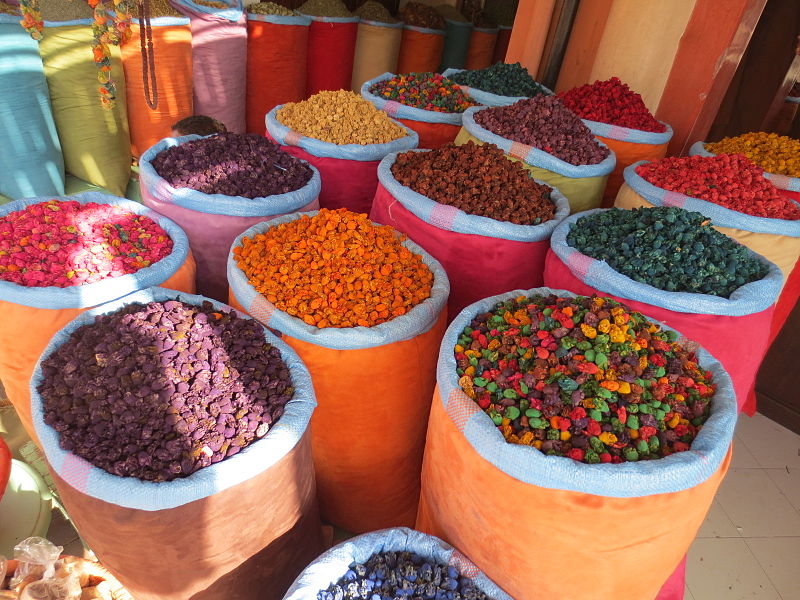 A souq was originally an open-air marketplace. Historically, souqs were held outside cities at locations where incoming caravans stopped and merchants displayed their goods for sale. Souqs were formed whenever a caravan or caravans arrived. Since this might be infrequent, souqs often extended beyond buying and selling goods to include major festivals involving various cultural and social activities. Any Arab Souq may serve a social function as being a place for people to meet in, in addition to its commercial function.

Later, due to the importance of marketplaces and the growth of cities, the major locations of souqs shifted to urban centers.

In tribal areas, neutrality from tribal conflicts was usually declared for the period of operation of a souk to permit the unhampered exchange of surplus goods.

The spelling souk entered European languages probably through French during the French occupation of the Arab countries Morocco, Algeria, and Tunisia in the 19th and 20th centuries. Thus, the word “souk” most likely refers to Arabic/North African traditional markets. Other spellings of this word involving the letter “Q” (sooq, souq…) were likely developed using English and thus refer to Western Asian/Arab traditional markets, as British colonialism was present there during the 19th and 20th centuries. In Modern Standard Arabic the term al-sooq refers to markets in both the physical sense and the abstract economic sense (e.g., an Arabic-speaker would speak of the sooq in the old city as well as the sooq for oil, and would call the concept of the free market السوق الحرّ as-sūq al-ḥurr).

As in markets generally, prices are commonly set by bargaining between buyers and sellers.

The term is often used to designate the market in any Western Asian city, but may also be used in Western cities, particularly those with a Muslim community.